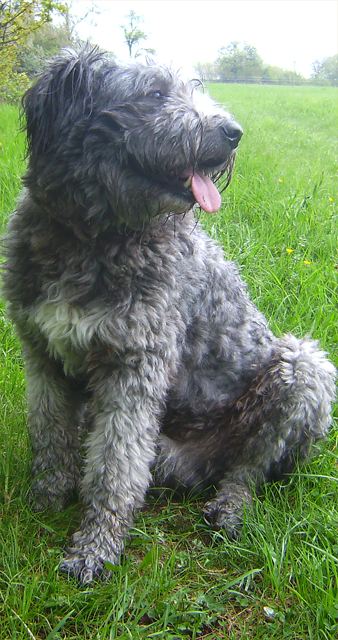 In Greek mythology, the hellhound Cerberus guards the entrance to the underworld, so that no dead can flee out and no living person can step in. The legend says that when the Cerberus was dragged to the upper world by Herakles – as it was one of the tasks assigned to him by Eurystheus – the saliva that was dripping out of its mouth let sprouting out of the ground the deadly poisonous flower Akóniton, commonly known as monkshood. Even Ovid tells in his Metamorphoses of the poison aconite. Medea should have brought it from her home on the coast of the Black Sea and was trying to kill Theseus with it. This poison should have once sprung to a plant from the venom of the furious hellhound.

So be careful! Always have a bribe (he especially likes salami) in your pocket.